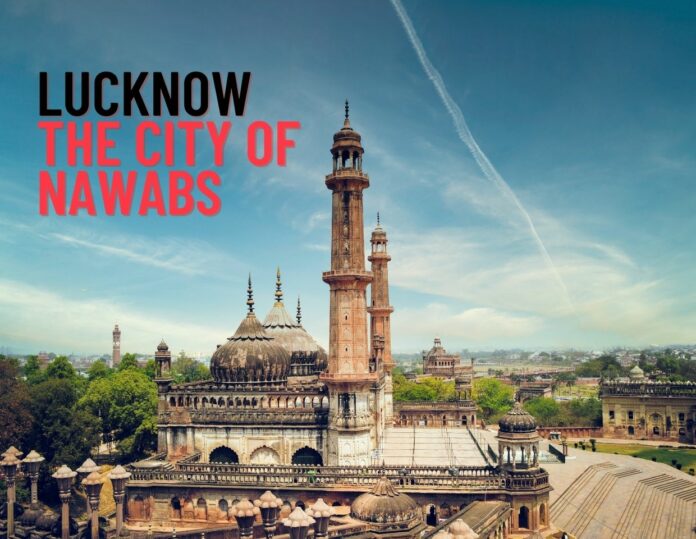 What describes the town of Lucknow is its past which was transformed into a beautiful modern one – later laying the foundations for the future – NOW! The city gained prominence during the 18th century Mughal rule and prospered under the Nawabs. We are talking about a tradition that has existed over the years and has clearly left a mark on all the places you can visit in Lucknow.

Progress, not just infrastructure but development in terms of architecture, religion, arts and culture – which is the binding force of Lucknow. You will find the full cultural diversity of Lucknow food, facilities, monuments and people!

We will pass through a few beautiful places, some facts and a way to reach the “City of Nawabs” Keep reading!

Places to Visit in Lucknow:

So here is a list of places you can visit in Lucknow that will give you an opportunity to explore some of the world’s most famous culture. In addition, the modern Lucknow sights are designed to meet the modern needs of the people. Scroll below to find out more about Lucknow:

Also known as the Nawab Wajid Ali Shah Zoological Garden, it is a place to capture some of the natural splendor within the city. Of all the amazing tourist attractions in Lucknow, the zoo will help you discover the beautiful wildlife. The zoo opened on November 29, 1921. There are many ways to explore the zoo, including hiking, boating, a battery-powered car, a toy train ride, and many other attractions. You can spend around 4-5 hours without looking at your watch.

All right! Let’s forget history for a moment, though the most prominent of all the places you can visit in Lucknow. Have you heard of Hazratganj? Yes, it is a city center and in addition to the bustling markets and shops, you will find Mughlai’s delicious food, movie theaters, entertainment venues, hotels and some of Lucknow’s best restaurants. While you will find many traditional clothes you can buy, you will also find many bookstores. These historic buildings also add another dimension to Hazratganj.

Your Lucknow view is not complete without a visit to the famous Jama Masjid. How to learn more about the city’s most popular culture over the years. Take for granted this 15th-century architecture with calligraphy of shiny sandstone on its walls, beautiful minarets and domes with pictures. With more than 260 pillars and 15 arches, intricate stone carvings and sculptures make it one of the most beautiful mosques in India.

The treasures of the city of Nawabi empire are endless! Welcome to Chattar Manzil, another amazing monument in Lucknow also known as the “Umbrella Palace.” It was the palace of the Awadh rulers and their wives. The monument is a combination of Indo-European-Nawabi architectural style. Umbrella-shaped dams and large basement rooms are truly impressive making it one of the most beautiful architectural sites to visit in Lucknow.

Wouldn’t you say, you want to learn about ancient history? And here are some of the best places you can see Lucknow ready for that. The four-story Lucknow provincial museum has some of the best exhibits from the stone age, exhibitions and galleries featuring Jain art, sculptures, archeology, Nawabs and ancient coins. Read enough? Historians will love the place as well as the general visitors and college kids.

The Residency is a group of several buildings in the settlement from the time of Nawab. Built during the reign of Nawab Saadat Ali Khan II, the settlement was part of the Lucknow siege in 1857. Although, in the ruins at present, the firing of artillery and demolished walls tells the story of a war. The dilapidated buildings are now surrounded by flower beds and lawns making it one of Lucknow’s most popular tourist attractions.

Bara Imambara is an amazing monument that distinguishes itself from all the famous landmarks in Lucknow. The historic building is a huge complex that includes the Asfi Mosque, Bhul-bullaiya and Bowli. Bowli (or maze) is the most famous part of the complex. The structures resemble an ornate Mughal design that does not include the use of metal or European buildings.

Must Visit Places In Amritsar: